“Gone to Seed – the stage in gardening in which the flowers are not blooming and the leaves have fallen off the tree sending it’s seeds into the soil.” ~ Oxford Dictionary

Ever since I started gardening I have heard and lived slightly in fear of my fruits and vegetables going to seed. I swear everyone talks about it! 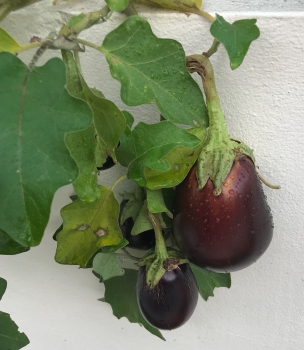 Ok – maybe EVERYONE isn’t talking about it but its still a popular topic amongst gardeners – when and how to pick your produce so you don’t lose it when it goes to seed.

Is going to seed really as bad as I think?

I did a bit of research on the topic. Some people call is bolting when your crops go to seed. Also – it is not necessary a bad thing to go to seed. In fact, its nature’s way of perpetuating crops year after year.  Some gardeners even recommend that you let some of the things in your garden go to seed so that you can perpetuate a crop that is used to the conditions in your garden. This is especially recommended if you have a particularly good crop of something or if its extra flavorful. Also if you collect the seeds from your current crops – you don’t have to buy new ones each year.

How do I save my seeds after something has gone to seed?

Apparently you can not just collect seeds and throw them in a baggie. They will mold (I know this not from experience but from a certain farming friend emphatically informing me when I innocently suggested such a thing). First you need mature seeds – for some plants (like cucumbers and squash) this means waiting longer than you normally would to pick the produce – usually this is when you can hear the seeds rattling around inside. Next you need to dry your seeds. You can place them on paper towels and then put them in a safe, dry, cool storage area like a dark closet or basement (if you have one). Once the seeds are properly dried you should put them in a sealed airtight container where you can store them in the refrigerator or freezer until you are ready to use them! Important tip – be sure to label your stored seeds so that you know what they are when its time to plant again!

The cilantro has gone to seed. 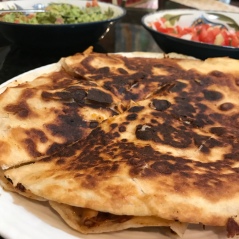 Right now my cilantro is going to seed. Its been going to seed for awhile now and is actually starting to move past the flowering stage to develop the actual seeds. It has been kinda fun watching the process however it means less fresh cilantro for my recipes! After much googling (as per usual) I have learned that you can extend the growing season by picking the cilantro more before the flowers begin to sprout. Once the flowers start to sprout you can still eat the cilantro but the flavors will be more tempered. Sometimes that can actually be a good thing – especially if your cooking for people that don’t love the taste of cilantro but its important to the integrity of the dish (like in my homemade pico de gallo).

The other interesting thing about cilantro is that when it goes to seed it actually becomes the spice coriander.  Coriander seeds are used for curries, curry powder, pickles, soups and stews.

FUN FACT: Coriander is actually a member of the carrot family!

This site uses Akismet to reduce spam. Learn how your comment data is processed.

Front garden refresh..... Gardening is so much better when the weather is a tad cooler. Added some fun things to the garden today including pineapple mint and Roma tomatoes. ——————— ——————— #garden #gardening #plot #plotlife #dietitian #nutritionist #health #healthy #gardentoplate #vegetablegarden #organicgarden #thegardeningdietitian
The start of something delicious.... ——— ——— #cooking #food #foodie #italianfood #italian #cook #healthymeals #dinnerideas #dietitian #nutritionist #rd #rdapproves #rdsinthekitchen #castiron #thegardeningdietitian
Some of my lettuce going to seed... this is the reason it is so important to plant in waves.... Also I just think that lettuce going to seed is so pretty. ————— ————— #garden #gardening #mygardentoday #dietitiansinthegarden #homegrown #wintergarden #lettuce #vegetablegarden #plot #plotlife #spring #florida #zone10 #dietitian #nutritionist #rd #rdapproved #thegardeningdietitian
Had such a great time running with these girls today!!! I can not describe how amazing it was that they all signed up and ran with me. It has been so fun running with you guys since the summer. Best department and lab team ever!!! And maaaaaaaaaaybeeeee we can start thinking about the next one soon! ———————— ———————— #fiunutrition #nicelab #nicerunsdisney #fiu #dieteticsandnutrition #dietetics #rd #rdapproved #rundisney #13.1 #wdwhalf #marathonweekend #wdw #halfmarathon #thegardeningdietitian
My lettuce is LOVING this weather!! And I love lettuce season! Nothing better than going outside and picking your lunch from the garden. Now I just need my tomatoes to stop dying.... —————— —————— #lettuce #lettuceseason #garden #gardentoplate #backyardgarden #dietitian #nutritionist #health #healthyfood #plot #vegetablegarden #kitchengarden #rd #rdapproved #thegardeningdietitian
Trying out my new @lodgecastiron pans by making this cornbread because when it is #floridacold you make chili and cornbread for dinner!!! Did you know that when you cook in cast iron - it actually adds iron to your food!! Great way into increase your iron intake if you are low! ————— ————— #lodge #lodgecastiron #castiron #cornbread #chili #floridawinter #cooking #cooks #food #foodie #foodstagram #nutrition #nutritiontips #thegardeningdietitian